I opened a wormhole

After making those 1985 and 1969 Topps customs, I kind of got in a little custom card making mood. I wasn't really wanting to get back to my 1998 Topps set, and after doing the 1969 set, I kind of wanted to do an older set. I have always wondered if the 1951 or 1952 Topps sets were anywhere close to even being attemptable. I decided the 1952 set would be less work, so a few days ago, I got to work making the missing 1952 Topps Detroit Tigers for the yearbook style set (those who appeared for Detroit in the 1951 season. While the 'updated set' (those who played for Detroit in 1952 isn't done, I might attempt it sometime in the near future.  Here are the 1952 Topps Detroit Tigers, with credit given to those I didn't make. I want to note that there was a great website called 1952ToppsBaseballCards.com, which had a number of missing Topps cards on it, which I want to say the author made himself. The site was great when I first found it, and I even emailed the author about if he was going to make cards of the stadiums. Later, it got overrun by gambling website ads, and I just checked it now for this post, and while the site is baseball-related, there is not a single 1952 Topps card on it. So, for the cards that are from '1952 Topps site', that is where they were found. 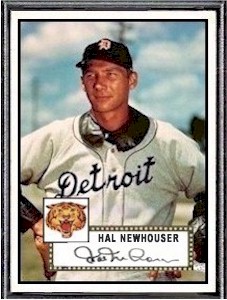 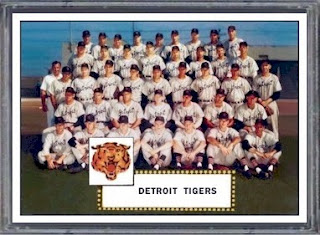 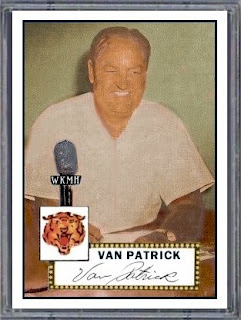 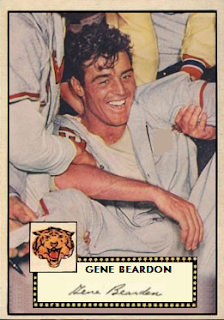 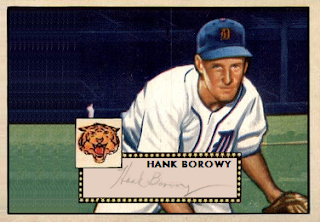 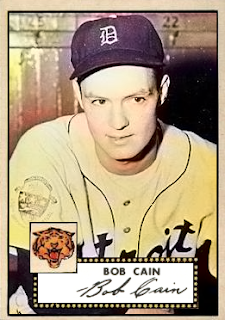 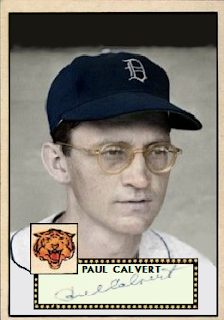 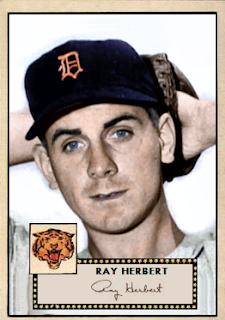 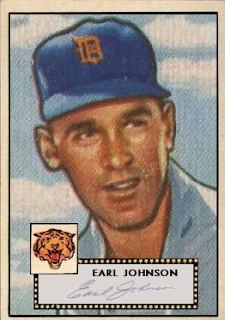 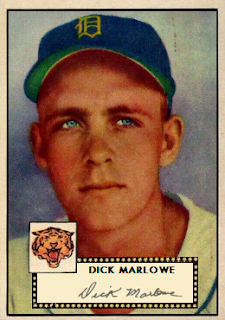 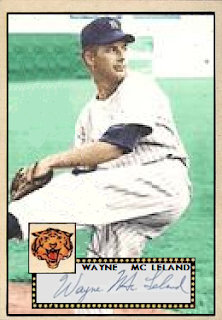 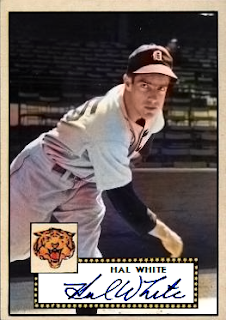 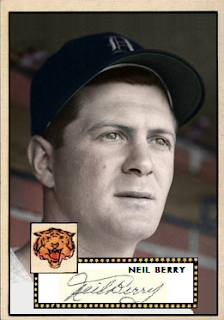 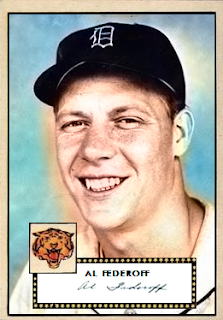 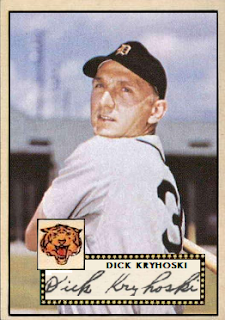 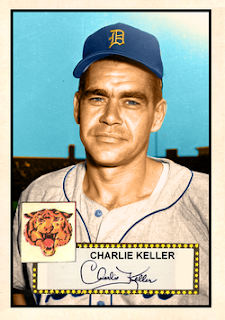 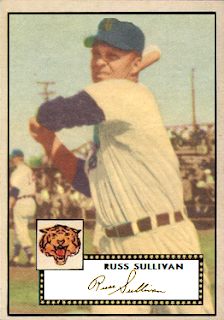 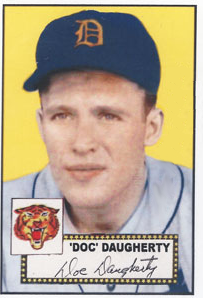 Doc Daugherty uploaded by someone to his Baseball Almanac Page 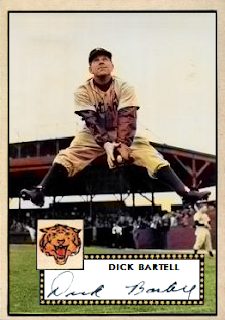 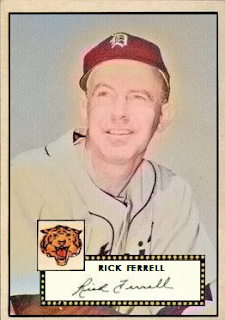 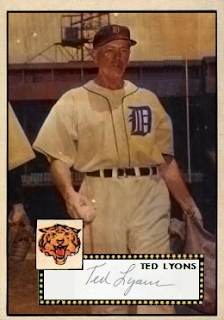 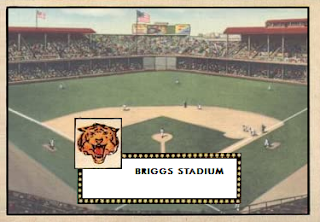 That's it for the 1952 Topps Detroit Tigers yearbook style set. I learned alot about older style cards and how to do different things with customs that I think will help me out alot in the future. I think I found a way on GIMP to not only change an autograph on a white-ish background from blue to black, but I think I found a way to get the background to be completely white, which will allow me to add the autographs to a ton of sets that have the fake autograph which I've avoided.
I'm almost up for working on the '51 Topps Tigers set next, but that one has like 4 different fonts on it, the player write up, and some text for the numbering which is slanted, so I might wait. The '52 set has given me the confidence that perhaps the whole set can be completed and opened up a whole nother wormhole as to another custom set to do.
I'm off tomorrow. I'll probably spend most of the first half of the day mowing the lawn and weed eating. After a shower and a little straightening up, perhaps I'll make some more customs.
Thanks for checking out my latest post.
-Jeremy
Posted by Jeremya1um at 1:39 PM