During the past month or so, everyone has been talking about how the Astros cheated and how surprised they have been that so many managers have been fired so quickly. A few things came to my mind when everything happened, mainly things that made me realize that baseball fans have short memories.
The first thing that made me think that happened a few years back. In 2013 and 2014, a former Astros and (then) current Cardinals executive hacked into Astros computers and stole private information from them. He was sentenced to almost 4 years in prison. I was really surprised that I hadn't heard anyone mention that when all of this stuff about stealing signs with tablets came up, especially since the Astros were involved (this time on the recieving end) of a multmedia scandal a few years back.
The other thing I thought of was how the Arizona Diamondbacks had hired Wally Backman to be their newest manager in November 2004, only to fire him 5 days after being hired because of legal issues that hadn't been uncovered by Arizona's people. When Carlos Beltran got fired by the Mets without managing a game for them, I felt sure that someone would mention Backman's name, but nobody did. It also brings back memories of Mike Price being hired by my least favorite college football team and then being fired 5 months later after some indiscretions. Of course, maybe if he would've stayed on, he could've had them do well enough that they wouldn't have had to hire Saban and maybe they wouldn't have had all of the annoying bandwagon fans.

With all that being said, I thought I would make some zero-year manager cards of Backman and Beltran. I am a little late to the party, but I did have the Beltran card on my 2020 Topps checklist since he got hired. 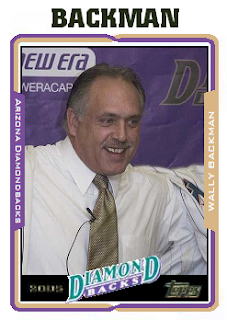 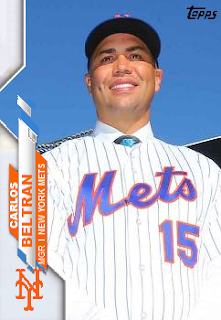 I have a basic blank template for the 2020 Topps set, and as I have time and more images of the cards become available, I think I will make some more templates. I think the way they do the League Leader cards will be a nice way to do the Draft Pick cards when the MLB Draft comes along in June, replacing the 'League Leader' text with 'Draft Pick'.

Thanks for all the kind words regarding my wife's upcoming surgery, and I hope all who choose to rip some 2020 Topps pull some cards of their favorite teams, players, and get some sick mojo hitz!
Thanks for checking out my latest post.
-Jeremy