I've done some custom work lately (as well as finishing the 1963 Topps missing player checklist), and have finished all of the 1995 San Diego Padres replacement players who were position players. That just leaves me with a few guys who are pitchers, any guys from my 'no stats' list, and finally, cross-checking all of that with my original list. That should take maybe a day or two at the most. Here are all of the position players to hold you through until then. 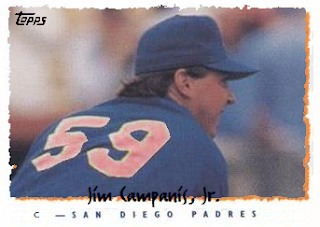 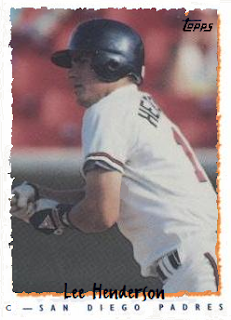 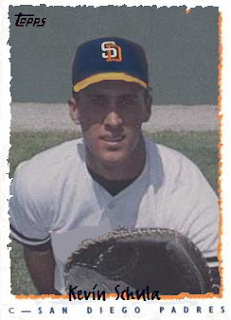 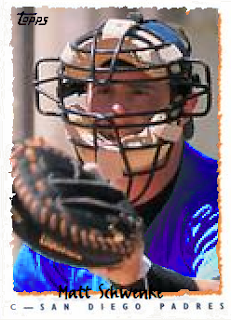 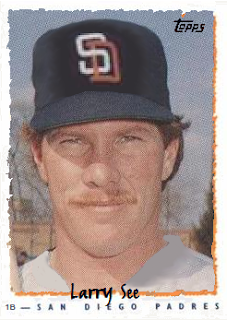 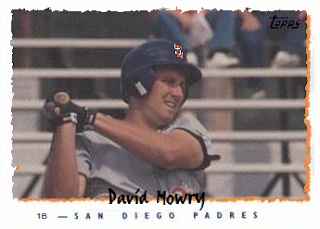 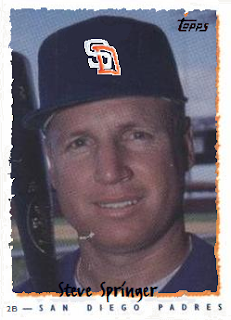 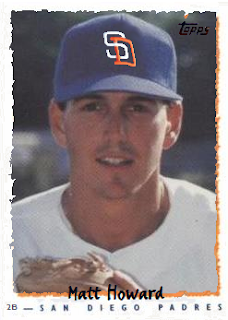 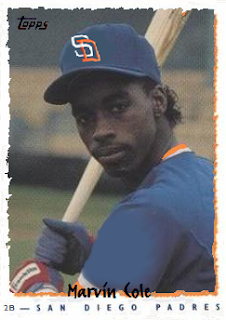 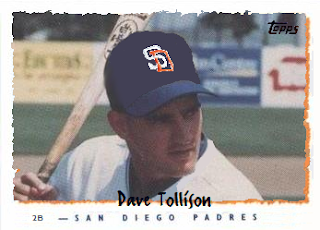 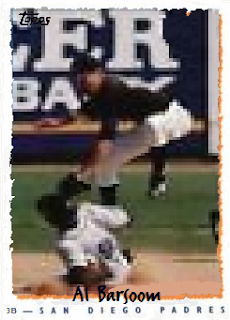 Al Barsoom was a doozy. This was the only photo I could find, and I’m not sure which collection of pixels is even him. 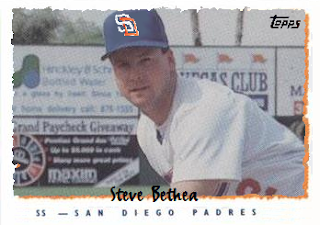 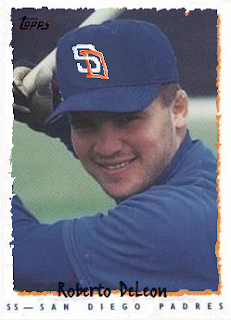 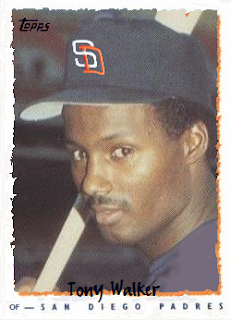 Tony Walker played for the Astros, and appeared on a 1987 Topps card, and a few Fleer cards. 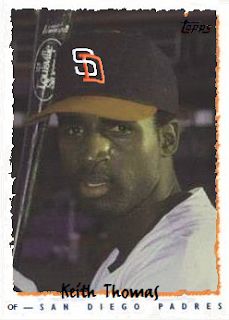 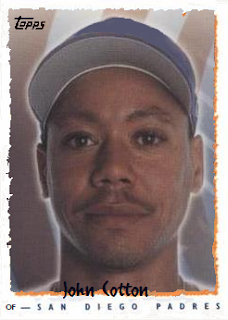 John played on the 2000 Gold medal-winning USA Olympic baseball team, and is on a 2000 Bowman card, as well as some Upper Deck Team USA cards. 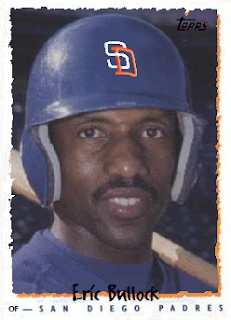 Eric Bullock played in the Majors from 1985-1992 for the Astros, Twins, Phillies, and Expos. He has a number of cards. 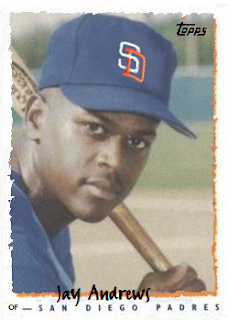 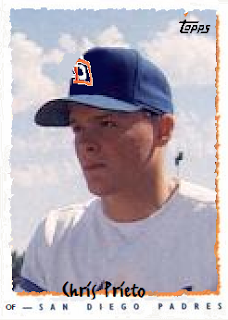 And that is what I have for the Padres as far as position replacement players. I may find a few more after going through the 2 lists, but shouldn’t be over 10-12 cards including the pitcher cards. Once I get the pitchers and any other remaining ones, I’ll post the whole team set, and make notes about any cards I haven’t posted already. I might research some of these guys a little more to make the post more interesting.
I have finished the ‘63 Topps missing player page, and I’m just going to keep going back until I hit 1953, then finish 1951, and start from 2002 and work to the present. It will be a major accomplishment to list every Topps missing card up to the current years set. It may have to wait until 2020, but it would be nice to list every missing one and hopefully help go a long way to help custom card makers finish missing Topps cards from many different sets.
I hope you guys are digging these replacement player cards.
Thanks for taking the time to read my latest post.
-Jeremy
Posted by Jeremya1um at 1:12 PM