Just wanted to post some of the latest card pickups from various different sources. A little over a week ago, I got a surprise box of cards from Kerry of the Cards on Cards blog. 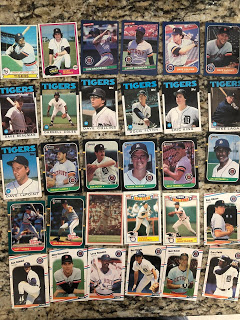 Kerry sent me a ton of Tigers cards that were on my wantlist, and helped me complete a number of team sets. 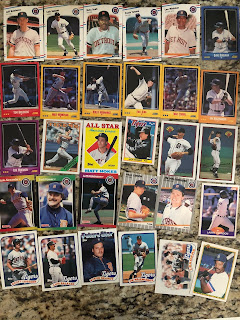 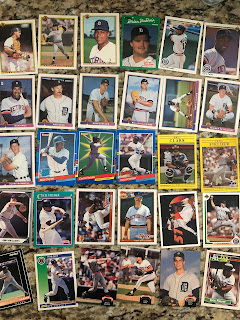 Others were cards that I have already obtained, but were part of my Favorite Player binder. Guys like Cecil Fielder, Phil Clark, Brandon Inge, and in the Rays portion Quinton McCracken, Aubrey Huff, and Elliot Johnson. 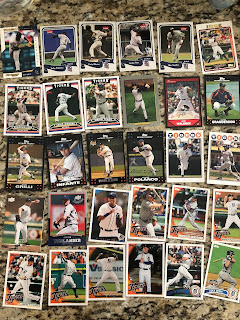 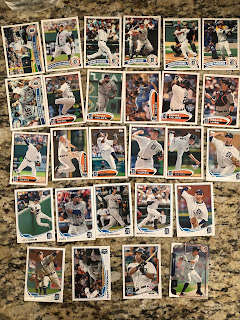 For the years where I didn’t open very many packs at all (‘12-‘14), I was lucky enough to get a number of cards to help me out. 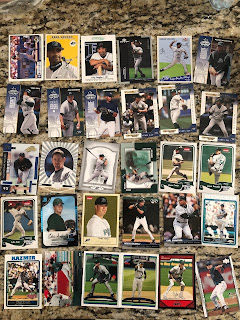 The last time Kerry sent me cards, it had a ton of Rays, and this batch also had some Rays. The ‘06 Topps Huff was especially appreciate, as it helped me complete that set. 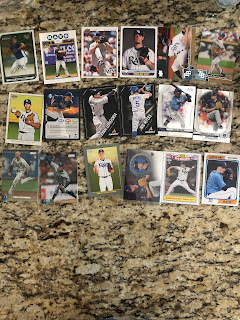 I haven’t seen much of any 2020 product on store shelves, so I am glad that Kerry participated in a lot of group breaks and gets Rays cards from time to time. All of the recent sets were either ones I haven’t opened packs of or even seen packs in the wild (Bowman Sterling and Archives), or ones I was lucky enough to get a hanging box of before shelves went dry (Stadium Club and Series 2). I’ve never been a fan of manufactured relics, but that McKay card is sweet. 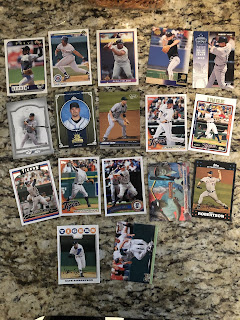 The guys for my Favorite Player binders finish off Kerry’s box. I love the 1990 Upper Deck Cecil Fielder as it almost completes my run of 1990 Cecil Fielder cards. I have his 1990 Bowman, Donruss Best, Topps Traded, and now Upper Deck cards. Don’t know if Fleer Update or Score Traded have him in their sets, but if they do, they shouldn’t be too difficult to pick up. I’m going to try to place an order of COMC during the Black Friday sale and try to finish off my run of Topps Rays sets. I really don’t care that it will take months to ship. It’s to be expected with things the way they are, and it will just give me something to look forward to 6 months down the road. 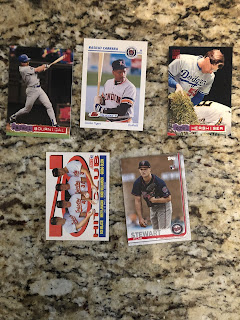 Next up are 2 pics of new cards of players I collect. A few of these are newer guys. Basilio Cabrera was a longtime Tigers minor league coach who I’ve met several times, and Kohl Stewart is a Type 1 diabetic like me. I forgot to pull the Gregg Olson no-hitter card from my highlights binder, so that is a new one.
The Stadium Club cards came from 2 boxes of ‘94 Stadium Club which I recently purchased. The idea was for me to have my son open the packs and the cards would go in my collection, but my wife thought these could be the start to his collection, so we agreed that if he got any doubles, I could have them. Well, it turns out that every pack from Series 1 contained 2 doubles each, so I ended up with a halfway decent stack of cards. The Series 2 box wasn’t as bad. We have had the boxes for a little over a month and there are still about a dozen packs left. The suspense is killing me. So far, he’s pulled a Matt Nokes 1st Day Issue from Series 1, 2 Dugout Dirt Mike Piazzas (do you need one, Night Owl?), Golden Rainbows of Barry Bonds, Piazza, and Cal Ripken, Jr., and Bowman Previews of Ricky Bottalico and Cliff Floyd. I’m still hoping for a 1st Day Issue from Series 2, and a Super Team card from Series 1. I got lucky, and he pulled doubles of Orel Hershiser and Rafael Bournigal, a guy who once drove me home from the YMCA, took a picture with me, and signed some cards for me. 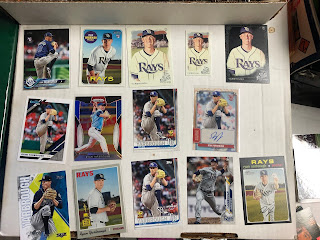 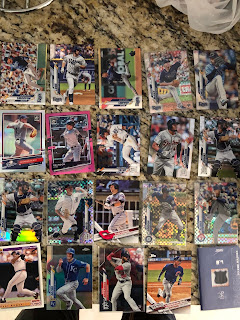 This last photo is just some cards that I picked up at my LCS yesterday. Every time I’ve went I wear a mask and wash my hand and I feel pretty safe since I’m usually the only one there. They had a box with some newer cards for 50 cents each. I would be more comfortable paying 10-25 cents each, but with how hard it’s been to find cards, I think 50 might be a steal. The owner of the shop told me that some of these idiot millennial flippers actually know the delivery drivers and call them before they get to the store, so they don’t even get stocked on the shelves and they are gone. There’s a special place in you-know-where for people like that. Leave some for the rest of us.
Anyways, I just got some shiny cards of Rays, Tigers, and guys I collect. I found a Randy A. Chrome card, so I immediately scooped it up. If I would’ve had more one, I would’ve spent a few hours going through the 3 boxes they had looking for refractors. I’m sure I could’ve found one of Randy A. and probably other stats. There was also a ‘17 Addison Russell World Series highlight card that I will add to my highlight binder. They do these 20-card mystery packs that contain a relic or autograph, so I got one of them. They usually contain junk wax for the rest, but I did get that Diamond Skills Cecil Fielder card. The hit I got was a Kaz Sasaki relic, which is good. Sasaki was a good pitcher and I wonder what would’ve happened had he stayed in the states past 2002. I’m glad I pulled a relic of him. I love relic cards, so I’d be happy if you want to dump some on me.
If you didn’t know, the 2020 Topps Update checklist is out. I went ahead and updated my 2020 Topps page, and the 2020 Topps and 2020 Topps Update missing player checklists are now complete. I’ve also started adding a few more cards to the 2021 Topps missing player checklist, including some new managers like AJ Hinch and Tony LaRussa, and a few playoff and season highlights cards.
As far as customs, I still haven’t finished the NL in my 1992 Topps Traded set due to working on the ‘20 checklists, but I’m only 7 cards away, so if all goes well, the NL should be finished by the end of next week.
Thanks for checking out my latest post.
-Jeremy
Posted by Jeremya1um at 9:11 AM